Europe in lockdown, youth exchanges cancelled, new digital tools and more than enough uncertainty. For the local authorities of the Kommune goes International network, which is coordinated by IJAB, it was the perfect opportunity to engage in an exciting – and urgently necessary – experiment: a virtual multilateral youth exchange. So how did it go? And what conclusions can we draw from it for future international youth work?

Laughing, crying, exercise, dance, foreign languages, new cultures, new friends – all familiar activities and outcomes of an international youth exchange. From 11 to 13 December 2020, 44 young people from 12 cities in six countries across four time zones got together to experience all that. But this time, the space was virtual. Participants from Germany, the UK, Greece, Poland, Spain and Turkey aged between 14 and 24 spent three days sharing their visions, dreams, fears, experiences and lifestyles, also against the backdrop of the pandemic. Together, they managed to overcome time and space for a short time – right in the middle of the second lockdown.

Making international youth exchanges happen in the midst of a pandemic is difficult, if not impossible. And so IJAB reached out to the members of the Kommune goes International network (KGI) to ask them to participate in this virtual experiment, entitled “Zukunftsträume: Dream your Future”. Six local authorities from five German federal states decided to accept the challenge together with their respective international partners. The cities of Eislingen/Fils (Baden-Württemberg), Hamm (North Rhine-Westphalia), Kassel (Hesse), Cologne (North Rhine-Westphalia) and Oldenburg (Lower Saxony) plus the district of Teltow-Fläming (Brandenburg) asked youth organisations in their partner cities Bradford (UK), Huarte (Spain), Seferihisar (Turkey), Thessaloniki (Greece), and Poznan and Toruń (Poland) to join them. The aim was to cross boundaries and borders and get creative, learn new things and make new friends.

Speed-dating, a numbers hunt and “something red”

When the international youth exchange began on a Friday afternoon, 44 curious faces appeared one by one in the virtual meeting space. Some participants were together in a youth club, but most were at home either alone or in groups of two or three. They were warmly welcomed by host Helena Sattler, who would accompany the group throughout the weekend, before being assigned to various breakout rooms for a speed-dating session in English. This icebreaker exercise was followed by a round of language animation games led by Bettina Wissing from IJAB’s Language Unit. Using rhythm, body language, colours and lots of fun, the participants learned their first words in the other languages and got an impression of the cultural diversity currently at play in the “room”.

The next opportunity to delve deeper into other cultures was the optional evening programme of activities that the participants had designed themselves. Via Discord, they could chat, play digital games like Minecraft and Scribblio and exchange tutorials on watercolour painting and other hobbies, while getting to know each other better, building international friendships and connecting on Instagram.

KGI’s first virtual youth exchange even had a “soundtrack” already, suggested the host on day 2 of the exchange. The track "It doesn’t mean – Egal von wo du herkommst, du kannst alles erreichen" by the youth club TREFFER in Cologne, one of the project’s partner organisations, features 29 youngsters rapping about their message for the future: love, hope and courage. Switching to gallery view in Zoom, it was plain to see the effect of the music on the young participants in six countries who were bopping around in their chairs; some even got up to dance. Conclusion: listening to music together in a virtual space is a connecting force and boosts the level of energy in the “room”.

Right after, the participants were beamed into their selected workshop sessions where they would spend the next two days creating their “dreams” for the future, in line with the motto of the exchange. The six mixed workshops, each led by international facilitators who had been asked by the partner authorities to come on board, focused on a wide range of creative activities such as drumming, photography, dance, drama, painting and rap.

This was very much an experiment for all involved parties: for the KGI local authorities and their partners abroad, for the workshop leaders, and of course for the young people themselves. Applying educational tools in a virtual space while ensuring that everyone stays committed and attentive - that needs to be practised. The young people’s presentations on the Sunday afternoon, towards the end of the exchange, made it patently clear that this experiment was a success!

The participants were grateful to have had a (virtual) place to share their concerns and fears about the pandemic, but also the creative interpretations of their visions for the future. In a digital play, voices from the digital space “talked” to the Coronavirus before inviting the audience to take the floor, too. In the dance show, the workshop participants combined their existing dance skills with newly acquired moves and surprised everyone including the instructor with a dance performance video they had produced in advance. A virtual photography exhibition on Padlet provided a unique insight into the young people’s lives. The amount of cheering and waving into the cameras towards the end of the presentations spoke bounds.

And that was only the beginning …

Once it was over, all participating organisations agreed: that was only the beginning! The initial feedback provided by the young people and the partners was crystal clear: this experience absolutely has to be repeated, because it succeeded wonderfully in overcoming borders both psychological and emotional. The friendships that were created this weekend will be strengthened in a face-to-face exchange whenever travelling is allowed again. For many of the young participants, this exchange was their first international experience ever – a great introduction to many potential future international exchanges and friendships. The experiences in connection with organising this event will now be evaluated, documented and communicated.

This virtual international youth exchange took place with funding from the Federal Ministry for Family Affairs, Senior Citizens, Women and Youth and the city of Hamm. 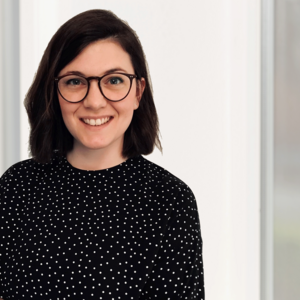 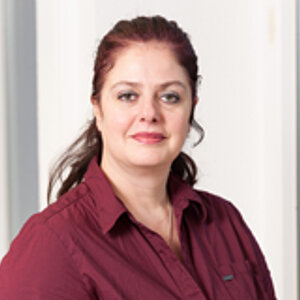 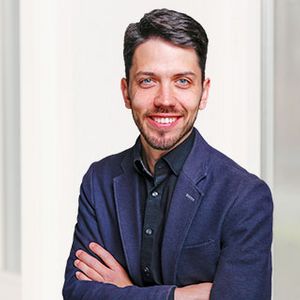