This map marks 30 memorial sites commemorating Nazi atrocities committed during the Greek occupation between 1941 and 1944. The sites are assigned to one of four categories: so-called “martyred cities”, deported communities, Nazi camps and facilities, and sites where war crimes were committed against Italian soldiers. For each site or marker on the map, a window pops up with information detailing what happened when, what is at that site today, how the site can be reached, and a list of sources of further information.

is only displayed after explicit consent.

The map is designed to provide German organisations and initiatives with information on the war crimes that Germany committed in Greece – many of which remain unknown – and encourages them to put them on the agenda of youth and expert exchanges. The map serves to give greater visibility to these memorial sites in the context of German-Greek youth and expert exchanges and in turn, to facilitate remembrance among participants.

The map incorporates various types of incidents and groups of victims: Greek civilians murdered in what are known as “martyred villages”, Jewish citizens who were deported and murdered, crimes committed against Italian prisoners-of-war, and Nazi camps and facilities. The map does not claim to be exhaustive. Further memorial sites will be added gradually.

The researchers drew on current scientific literature to produce the information. The sources are listed at the end of each pop-up text, plus links to further information where available, for readers who wish to learn more.

Other map projects on this subject that provide information on historical events and memorial sites:

The project “Memories of the Occupation of Greece” of the National and Kapodistrian University of Athens and Freie Universität Berlin offers further information and contemporary witness interviews (http://www.occupation-memories.org/de/index.html).

The map was created on behalf of and with funding from the Federal Ministry for Family Affairs, Senior Citizens, Women and Youth.

Please e-mail any additions, corrections and suggestions for further memorial sites to greece@ijab.de.

Martyred cities The term refers to sites where the German occupying forces committed crimes against the native Greek population during World War II. Other terms frequently used as synonyms in this context are “martyred villages” or “martyred communities”. 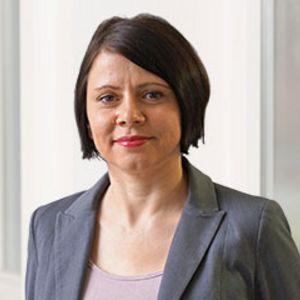