Platform for young people in Europe

Within the framework of the Youth Budget, the project idea arose to develop a platform that enables young people in Europe to exchange views on youth-relevant topics and problems. The project "Challenge accepted – Europe" takes up this idea. The aim of the project "Challenge accepted – Europe" is to develop a platform on which young people in Europe between the ages of 14 and 27 can work together on micro-challenges on problems relevant to young people.

Together with Cities and Regions of Learning, a platform is to be set up and further developed using the technical infrastructure that is already in place. The Mico-Challenges are to be realised via playlists. The playlists contain a content-based, knowledge-based part on the respective topics and an interactive part in which young people can develop the topics further or come up with ideas themselves. In these playlists, similar to playlists consisting of several songs, such as those offered by Sportify, small micro-challenges on problems relevant to young people can be developed. The playlists contain various tasks and information on different youth-relevant problem areas and show the young people, for example, where they can become active. After completing a playlist, the young people receive a badge, a digital badge, as proof of the experience gained and learning successes.

In a next step, the platform will be launched with the developed playlists and implemented together with partners from the international network who work with the young people on site. The integration into the existing Cities and Regions of Learning network will be realised in the form of online events or hybrid formats to enable an international exchange on the youth-relevant issues of the playlists. Workshops will be organised in the individual countries in order to work on the playlists together with the young people and to exchange ideas on the youth-relevant topics of the developed playlists. In this way, young people can be involved on the ground in the partner countries.

The results of the individual challenges will be presented at the Cities and Regions of Learning Youth Forum in Magdeburg in July 2022. Young people from the Cities and Regions of Learning network will meet for an international exchange. In a future workshop, the youth-relevant topics from the platform will be integrated and discussed with young people on site in their own workshops. The aim is to present the interim results from the playlists that have been produced so far. In addition, the young people will be able to continue working on the topics and results of the challenges.

The Youth Budget is a project of the Federal Ministry for Family Affairs, Senior Citizens, Women and Youth within the framework of the Federal Government's Youth Strategy.

IJAB regularly reports on the development of the Challenge accepted - Europe project and how to get involved. 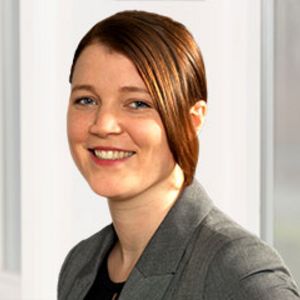